The Columbus Blue Jackets are on the road to Montreal for an Eastern Conference clash with the Canadiens. Columbus come off a 4-2 road loss to Colorado in their last meeting on Saturday night, meanwhile, Montreal dumped the Los Angeles Kings 2-3 at home on the same night. The hockey teams split the previous eight meetings with Columbus scoring 6-2 at home in the recent matchup on March 28, 2019.

In their recent meeting with Avalanche, Columbus’ right-wing Emil Bemstrom contributed goals on power play but that wasn’t just good enough with goalie Joonas Korpisalo allowing four goals on 36 shots. On the other side of the coin, the Canadiens performed really well in their matchup against the Kings, scoring all their three goals in the first period of the game. Nate Thompson was the one to score first followed by Shea Weber with two goals coming on power play.

Will Montreal be able to keep the same energy in tonight’s game with the Blue Jackets? 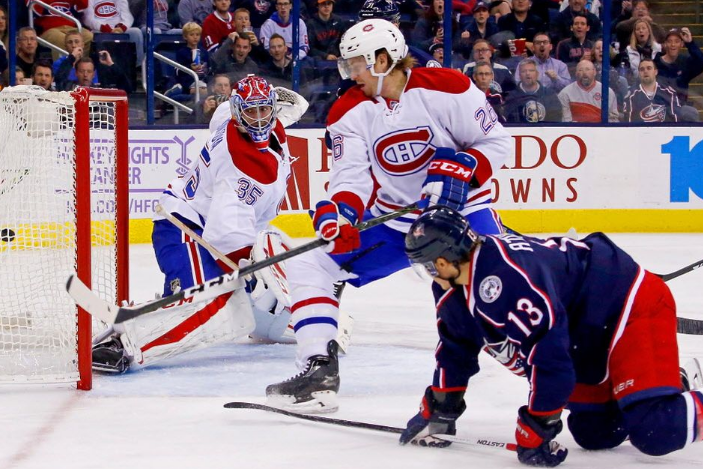 The Blue Jackets lost for the sixth time in seven games after they were dumped on Saturday. The team enters Tuesday’s game with a 6-8-3 record and is currently ranking 7th in the Metropolitan Division. Pierre-Luc Dubois leads the team with 11 points and six goals. While Gustav Nyquist leads with eight assists on the season, and goalie Korpisalo with 6-7-2 while averaging 3.13 with goals against. Only Markus Nutivaara was listed on the team’s injury list and is on reserve.

The Montreal Canadiens are performing very well with a 9-5-3 record and ranking 3rd in the Atlantic Division. Jonathan Drouin is leading the team with 15 points and seven goals on the season. Meanwhile, Jonathan Drouin is leading with nine assists with two coming on power play. Goalie Carey Price (8-4-2) currently averages 2.71 with goals against. Weber is currently listed as day to day, meanwhile, Jesperi Kotkaniemi is on reserve.

Best Pick: The Montreal Canadiens are a far better team on both the offense and defense side of things. They are even at better advantage of winning this matchup since they will be playing on home ice. The Blue Jackets can get ready for the 7th loss of the season.