Tonight, the Philadelphia 76ers will host the Cleveland Cavaliers for an Eastern Conference clash in the City of Brotherly Love. Cleveland comes off a 108-87 road victory against the New York Knicks in their last matchup Sunday night. Philadelphia also dumped Charlotte 114-106 at home the same night. The 76ers currently lead the season series 106-103 and have succeeded in four out of their last five meetings.

Will the Cavaliers be able to handle the heat of the 76ers? 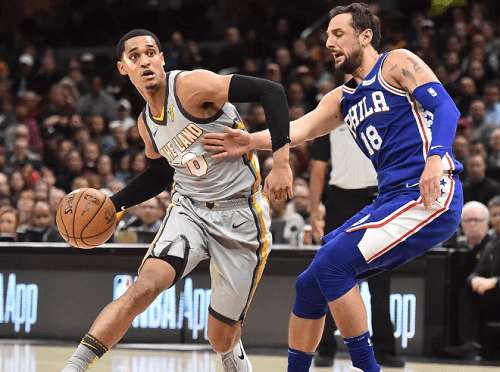 Nothing much is expected from Cleveland, but the team has managed to make a pretty good start this season. The Cavaliers currently rank seventh in the Eastern Conference and are looking to keep the momentum in tonight’s game after beating the Knicks over the weekend. The team turns to Kevin Love, Tristan Thompson, Collin Sexton, Darius Garland and Cedi Osman. Love is one of the key players currently leading with an average 18.5 points, 14.1 rebounds and four assists per game. The power forward has been contributory in all meetings, also averaging 49.5% from the field.

The 76ers are the “It” team in the NBA this year. Despite struggling in their recent West road trip, the team started off the season really well and currently have a good 6-3 record. Star point guard, Ben Simmons, is currently out with a shoulder injury. With Raul Neto playing the position, the 76ers still managed to defeat the Hornets.

For this matchup, Philadelphia will also turn to Joel Embiid, Tobias Harris, Josh Richardson and Al Horford. Embiid is one of the best players in the NBA and is a dominant centre for the 76ers averaging 23.2 points, 12.4 rebounds and three assists in only 28 minutes into a game.

Best Pick: The Philadelphia 7ers are a very strong team all round, and they could have Simmons back in this matchup. The team has played really well at home this season and will be looking to keep it at that. We doubt the Cavs will be able to keep up.