Today the Toronto Raptors are on the road for an Eastern Conference clash with the Atlanta Hawks. The Raptors are currently 28-14 and come into the matchup after dumping the Minnesota Timberwolves with a 122-112 score. On the other side, the Hawks are currently 10-33 and come into today’s game following a 136-103 loss to the Detroit Pistons. Here’s is who we think will claim victory today. 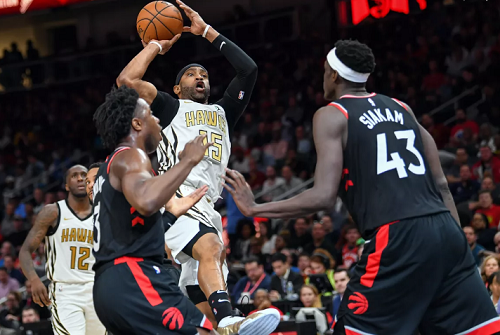 Meanwhile, John Collins led Atlanta in their loss against Detroit. The power forward recorded 20 points in the game and converted on 8 of 16 from the floor. The Pistons managed to shoot an impressive 59% from the floor while connecting 15 times as the Hawks defense was lacking. The Hawks only shot 43% from the floor and 29% from a 3-point range.

Best Pick: The Raptors won six of their last eight games against Atlanta, and five of their last six games on the road.  The team will be looking to keep their momentum by beating Atlanta today. Meanwhile, the Hawks lost 16 of their last 20 games, and three of 11 in the Eastern Conference. We have to go with the Raptors to win this one.