Week 11 of the 2019 NFL season will see the fanless Los Angeles Chargers hook up with the Kansas City Chiefs for the first time on Monday night. The Chargers are currently sitting on a 4-6 record coming off an extended break. The team last played on Thursday night in Week 10 losing 26-24 to the Oakland Raiders.

On the other side of the coin, the Kansas City Chiefs are on the verge of their bye week. If they win tonight’s matchup, they will have a clear lead in the west division. They come into the game with a 6-4 record. Quarterback Patrick Mahomes is also back in full health and ready to play. Here’s how we think the game will turn out. 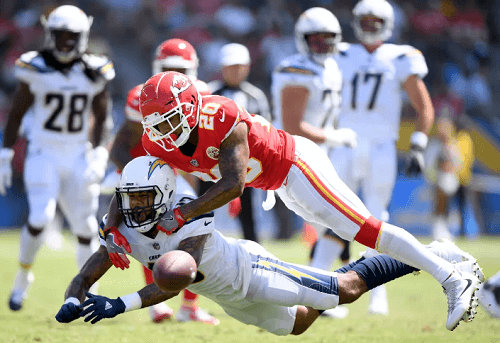 The Chiefs have more than 28 points on average per game on the offense side of things. In their last game against the Tennessee Titans, Mahomes made three touchdowns and 446 passing yards in his first game back after missing two matchups with an injury. The QB is healthy again and will be playing tonight. Tackle Eric Fisher and guard Laurent Duvernay-Tardif may also make the line-up. Meanwhile, defensive end Emmanuel Ogbah is out on pectorial injury.

The Chargers’ Sam Tevi is out on knee injury, and tackle Russell Okung is questionable.

Best Pick: The Chiefs are a strong favorite to cover the spread with Mahomes healthy and the offensive line returning. Kansas won’t bear a second straight loss and therefore will be on their best performance tonight. The Chargers on the other side, don’t have their two starting tackles, not to mention how they struggled to score points in their last game. The team still struggles to boost their fanbase, so there won’t be as much cheering to keep them going. We have to go with the Kansas City Chiefs on this one.