On Monday night, the Toronto Raptors will host the Charlotte Hornets as they aim for their 4th straight home win. The Raptors are 8-4 on the year having lost 110-102 on the road to Dallas in their previous game. The Hornets, on the other side, are currently 6-7 after beating the New York Knicks 103-102. Charlotte leads the all-time regular season series 44-36 and has won two of the teams’ three meetings last season. Their most recent matchup was on April 6, 2019 where the Hornets won 113-111 at home.

Will the Hornets succeed again tonight?! 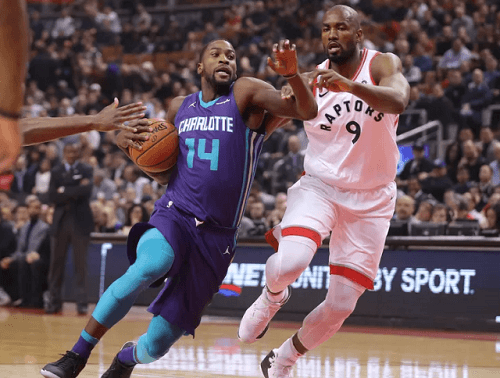 In Saturday’s game over the Knicks, Devonte’ Graham led the Hornets with a total 29 points. The point guard scored a 3-pointer with under three seconds to go in the game, also making 10 of 19 from the floor and 9 of 16 from a 3-point range. Both Charlotte and the New York Knicks recorded 22 assists.

Meanwhile, top point guard for the Raptors, Fred VanVleet, led the team during their loss to the Mavericks.  VanVleet contributed 24 points in the game making 8 of 18 from the floor, and also adding 7 assists. The team also had 14 turnovers in the matchup. They were outscored 27 to 11 from the line.

Best Pick: The Toronto Raptors are our favorite to win tonight’s game. The team has been doing perfectly at home posting a 4-0 mark and won’t be looking to jeopardise that, despite Ibaka and Lowry’s absence. The Hornets were pretty lucky in their last two games but they only hit three-pointers in the final three seconds in both games. Something that won’t happen on a regular basis.