The Cleveland Cavaliers will be hosting the Washington Wizards tonight at the Rocket Mortgage FieldHouse for an Eastern Conference face-off. The Wizards are currently 14-28 on the year and 5-17 in away games after edging the Detroit Pistons 100-106 at home Monday night. However, the team followed by a 129-134 loss to Miami Heat on Wednesday night. The Cavaliers, on the other hand, come into the matchup after a 20-point loss against the New York Knicks. The team is now sitting on 12-32 on the year and 6-15 at home.

The first meeting between the two teams this season was on November 8, 2019, where the Cavaliers dumped the Wizards 113-100. Will the Cavaliers win again tonight? Find out more below. 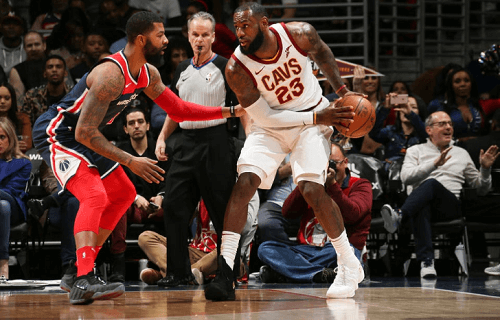 The Washington Wizards are averaging 114.3 points per game this season also allowing 119.8 points per game. Shooting guard, Bradley Beal leads the team in goals and assists with a total 27.2 point average per game and 6.3 assists per game. The 26-year old is one of the best players ranking 6th in the league in scoring.

Meanwhile, 21-year old Collin Sexton leads the Cleveland Cavaliers in goals with an average 19.1 points per game. The team has been performing very poorly this season and need the point guard to keep up. On the year, the Cavaliers have 104.8 points per game on average, also allowing 113.9 points.

Best Pick: Cleveland are not playing well enough this season. The Washington Wizards have a much higher chance of winning this matchup.  The team will be looking to avenge their loss to the Knicks as well as make up for their loss against Cleveland at the beginning of the season. So, rest assured for the Wizards to deliver a very good performance.