The Women’s National Basketball Association (WNBA) is one of the popular basketball leagues to bet on. It is a women’s counterpart of the NBA which was founded back in 1996 and is also US-based. The WNBA currently consists of 12 teams divided into two conferences; Eastern and Western. Popular players you may already be familiar with in the league include the likes of; Diana Taurasi, Breanna Stewart, Liz Cambage and Maya Moore.

The regular season for the WNBA Basketball starts from May to September. Once the fixtures are ready, the best Canada sport betting sites will offer a wide range of basketball betting markets and the best WNBA odds. In this guide, we walk you through everything you need to know about betting on the Women’s Basketball teams; from finding the best WNBA sportsbooks, learning about odds and lines available. And lastly, provide you with the best WNBA tips to win. Start learning with our quick guide below!

WHAT YOU WILL FIND IN THIS WNBA BETTING GUIDE

There are various betting markets available for WNBA games. Canadian bettors can enjoy from WNBA daily lines, live scores, All-Star odds to odds on WNBA championships, to name a few. You can do this across a wide range of betting lines. The most popular WNBA lines among Canadian bettors include the following: 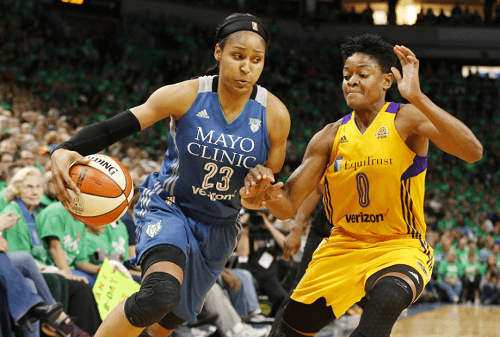 The WNBA currently consists of 12 teams as already mentioned and are as follows:

Although not as old as the NBA, the WNBA is very exciting to wager on. At the Canadian sportsbooks that we recommend, you will find odds open most of the calendar year. There is May to September for the regular season (including All-Star games midway) and WNBA finals late September to early October. In order to win your wagers, you will need to pick the betting market that you’re most comfortable with, do your research on the teams you wish to wager on and be updated with the latest news on injuries, transfers and so on. In addition to that, take advantage of bonus offers, free bets and know how to manage your bankroll.