The Indiana Pacers will be hosting the Philadelphia 76ers tonight as they seek to build momentum in the NBA Eastern Conference after their road win against the Bulls. The Pacers, which are currently sitting on a 24-15 total, wiped Chicago 116-105 over the weekend. Whereas, Philadelphia (25-15) lost 109-91 to the Dallas Mavericks.

Tonight’s meeting is sure to be a fierce and exciting one as the 76ers will be looking to avenge their loss. So, who is it going to be that comes out victorious? 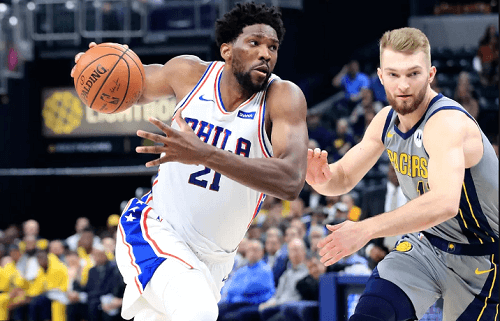 In their matchup with the Bulls, the Pacers were led offensively by Myles Turner. The power forward contributed 10 of 18 attempts, also securing 6 free throws as well as a double-double. He finished the game with 14 rebounds and a total of 27 points. The Pacers managed to shoot 57% from the floor and 37% from 3-point range. The team’s defence held Chicago 46% from the floor. The team overall outscored the Bulls 70 to 36.

In the 76ers loss to the Dallas Mavericks, the 76ers were led offensively by Tobias Harris. The forward registered 9 of 22 from the floor, and recorded a total of 20 points and 10 rebounds. Philadelphia shot 38% from the floor and 24% from 3-point range, however, rebounded 66 to 47 by the Mavericks. The team was also outscored 18 to 8.

Best Pick: Indiana Pacers are the stronger side in tonight’s game.  In as much as the 76ers have the best defensive rebounding team, all that happened with Joel Embiid on the court and now the power forward is out on injury. Count on the Pacers to have it easy.