The National Football League (NFL) is reportedly considering moving the Los Angeles Chargers to London on a full-time basis. If this happens, the team will be the first international franchise for the league as it is looking to expand. But that is not the only reason. The Bolts are reportedly not being embraced in any way, including that they lack a huge fan base since moving from San Diego. The team could share the 62 000 capacity Tottenham Hotspur Stadium with the Hotspurs soccer team. The facility is one of the two venues that the International Series is played in. Read all about it below. 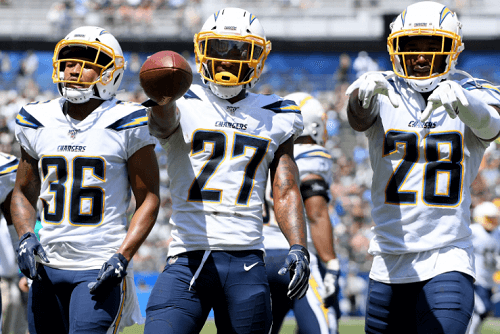 About the Bolt’s Relocation to London

The NFL has long thought of having an international franchise, but many were expecting it to be the Jacksonville Jaguars as they regularly play in London. But it turns out it is the Los Angeles Chargers according to a report on Monday. The Athletic’s Vincent Bonsignore reported that “the possibility of the Chargers moving to London has been broached among league personnel” and that “Chargers would at least listen if the NFL approached them about London as a possible option.”

The NFL had just finished their annual four-game London series on Sunday selling tickets to more than 2 million fans. The event marked the 17th straight year since the league started playing in Wembley and the Hotspur stadium.

Bonsignore stated that move “offers the Chargers and the NFL an immediate and rare opportunity to fix a glaring problem in a way that checks off multiple boxes, both for the franchise and the league.”

How Soon Would it Happen?

Seemingly, there are quite a couple of things to sort out including a potential division switch, scheduling of games, moving players across the Atlantic and other logistics. So, if this really happens, the move won’t be anytime soon. But “it’s definitely within the realm of possibility,” as NFL’s chief strategy and growth officer, Chris Halphin told the Athletic.

The Chargers are still “fully committed” to moving into their new $4.5 billion stadium that they will be sharing with the Rams in Los Angeles in 2020.