On Friday, the Indiana Pacers will host the Cleveland Cavaliers for yet another exciting interconference matchup. The Cavaliers defeated the Pacers 110-99 last weekend. The team also comes into tonight’s meeting after winning  117-111 against Chicago on Wednesday. Tristan Thompson led the team in points, scoring a record total of 23 goals while shooting 11 of 19 from the court and another goal from the free-throw line. Kevin Love led with 20 rebounds and 6 assists, while Jordan Clarkson also recorded 4 assists and scored 17 points.

The Pacers enter the game coming off a big win against the Brooklyn Nets, beating the team 118-108. Domantas Sabonis led Indiana with 29 points and eight rebounds of which three came offensively.  The assists were handled by Malcolm Brogdon with a total of 13.

Will Cleveland beat the Pacers again? 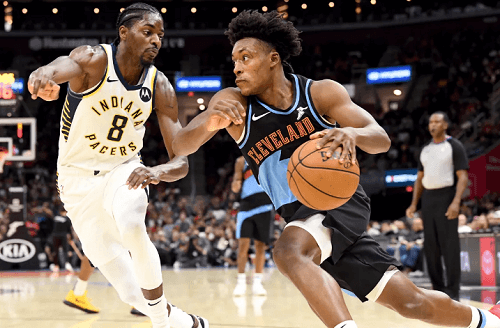 The Indiana Pacers (1-3) are currently averaging 105.3 this year, not very far from the Cleveland Cavaliers (2-2) who are sitting on 106 points per games on average. Both teams are also averaging defensively allowing 108.3 points per game. The Pacers, however, are not a better shooting team compared to the Cavs. Indiana only has a shooting percentage of 44.8 from the field, whilst Cleveland has 46 per cent.

Best Pick: Well, tonight’s game will be a tough one to predict. But the Indiana Pacers are highly favoured at the bookies as they will be having home-court advantage, and will be looking to rebound from last weekend’s loss. The team also proves to have a brilliant power forward in Sabonis, who did better than the Cavs’ Tristan, in their most recent matchups with other teams. Sabonis also accounted for the rebounds and assist. We think the Pacers will win this matchup but won’t cover the spread.