Tonight, the Columbus Blue Jackets (5-4-2) will host the Edmonton Oilers (8-4-1) for a cross-conference battle at the Nationwide Arena. The Blue Jackets come into the matchup after losing 7-4 in a high scoring battle against the Philadelphia Flyers. Whereas, the Oilers come off a fresh 3-1 loss to Detroit on Tuesday. The team was also defeated 6-2 by the Florida Panthers in their last game.

Both teams are raging to bounce back in tonight’s meeting which will be their first for this season. 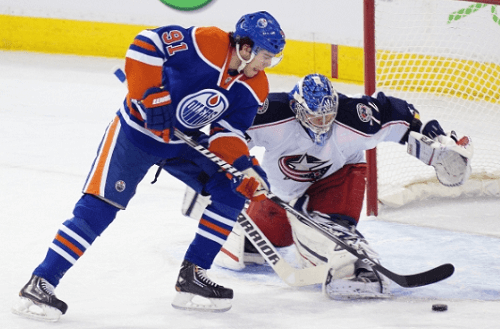 Pierre-Luc Dubois leads the goals for the Blue Jackets with 7 points. That is 5 goals and 2 assists. Whereas, Seth Jones is the leading defenseman with 6 points this season. The same cannot be said for Columbus’ shaky goaltending since the beginning. Goalie Joonas Korpisalo is only at 5-3-1 with an average 3.08 goals against and just a .896 save percentage. Backup goalie Elvis Merzlikins has only recorded 0-1-1 goals averaging 4.99 and a .863 save percentage. Also, on the offense side, nothing is promised for Columbus.

Realistically speaking, the Oilers do not differ much from the Blue Jackets in the last recent meetings. Both teams only went 2-3 in their last 5 games. Edmonton was defeated twice, once by Minnesota and the other by the Jets.

But if we look at everything from start of the season, the Oilers are doing well compared to the Blue Jackets. Edmonton ranks first in the Pacific Division whereas the Columbus is fifth in the Metropolitan Division. Leon Draisaitl leads the Oilers in points, having recorded 9 goals and 12 assists, and winger James Neal leads the goals for the team with 10 for this season. Seven of his goals came in power plays. Obviously, best centre Connor McDavid leads in assists recording 15 points of which seven come in power play.

Best Pick: The Oilers are definitely winning this.