The new NHL week kicks off with an exciting Eastern Conference matchup as the Ottawa Senators head to battle the New York Rangers. The Senators are not one of the strongest teams in the NHL finishing dead last in the previous season. They have not improved this season coming into this game with the lowest record in the league at 3-8-1. This is a .292 win percentage, which is the lowest in the NHL. The Sens come into tonight’s matchup following a 5-2 defeat by the Boston Bruins on Saturday.

The New York Rangers, on the other hand, are looking for their third win in a row after beating the Nashville Predators 2-1 in their last game and pumping Tampa Bay 4-1 in the previous meeting. The Rangers enter tonight’s matchup with a record 5-5-1 total of 11 points.

Are the Senators up for another loss or will they flip the narrative tonight? 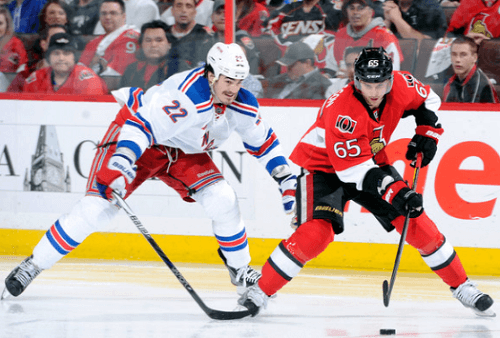 The Senators fell short for the sixth time in eight games on Saturday’s matchup. Tonight, the team seeks to rebound and get back on track. The Sens are currently 23rd in the NHL allowing 3.42 goals per game in the season. Their man advantage is also last in the league converting 4.8 percent of their chances on the power play. The team also currently ranks 22nd in penalty killing with a record 79.2 killing percentage.

Meanwhile, the Rangers are looking to extend their win streak and win their fourth game in the last five meetings. The team is currently 13th in the league averaging 3.18 goals per game. They rank 19th in goals against allowing 3.27 goals per game, and 20th in power play percentage converting a record 17.1 percent. The team also navigates a successful 81.4 percent in penalty kills for the year.

Best Pick: The New York Rangers are a strong favorite at Canadian sports betting sites and this is with good reason. The Rangers are a good team and they have already beat the Senators on the road this season. It wouldn’t be surprising if they do it again tonight.