World No.1 tennis superstar, Rafael Nadal is set to face reigning champion, Alexander Zverev at the 2019 ATP Finals on Monday. Zverev comes into the game looking to defend his title and score his first career win over Nadal who hasn’t played since he encountered an abdominal injury. The Spaniard says he feels no pain but will be taking a cautious approach when playing.

It must also be noted that he subsequently withdrew from six ATP finals that he qualified for in the past. Zverev has a 0-5 record against Nadal, but bookies favour him regardless as the defending champ and given the fact that Nadal is not fully healthy. So, who is it going to be? 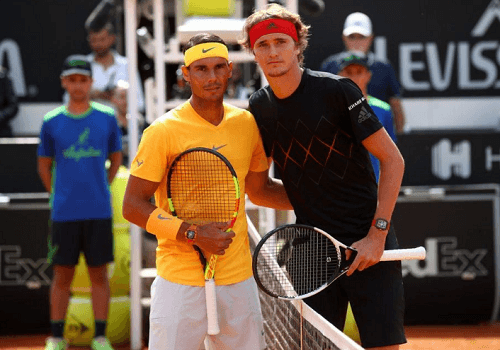 It’s been a very inconsistent season for Alexander Zverev, but he somehow managed to find some good form near the end. The German superstar also played exceptionally well during the Asian season, making it to the finals of the Shanghai Masters and semi-finals of the China Open. Zverev is determined to beat Nadal for the first time in Monday’s game.

The duo has not met this year and Nadal has won all five meetings the pair have played. The last time they met was at the Italian Open in 2018, where Nadal won succeeded in three sets. In 2019 alone, Nadal has won two Grand Slam titles and two others. Zverev has only one top 10 win and has made it count after defeating Roger Federer in Shanghai.

Best Pick: Alexander Zverev might win the matchup. Nadal is not 100% healthy and this might work against him. An abdominal injury, no matter how big or small, is a big disadvantage for a tennis player. We pick Zverev to win this one.