Tonight, the Dallas Mavericks (6-3) will travel for an interconference matchup against the Boston Celtics (7-1) for a much-anticipated game. The teams are one of the best teams in the NBA, with Boston looking for an eighth straight win for the season. Boston dumped San Antonio 135-115 on the road on Saturday night in their last contest. The team also leads the regular-season series 40-36.

Dallas, on the other side of the coin, come off a 138-122 road win over the Memphis Grizzlies in their last meeting on Saturday. The Mavericks last met with Celtics in January 4, 2019, where Boston rolled 114-93 at home. Will the Boston claim their eighth win this season? 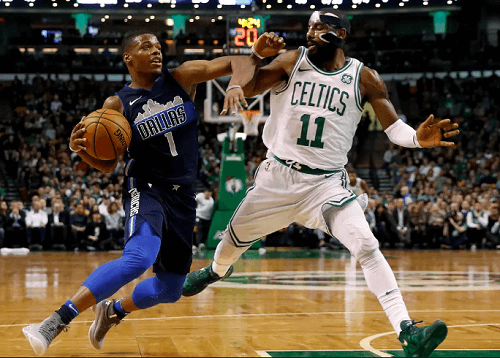 The Dallas Mavericks have improved 4-0 on the road this season when they defeated Memphis. The team won for the third time in four meetings overall and entered Sunday tied for the top spot with the Rockets in the Southwest Division. The Mavericks have been performing exceptionally well this season only losing to Orlando by one point, to Portland by two, and an overtime defeat to the Lakers. In this matchup, Dallas relies on superstar Luka Doncic. The team currently ranks first in offensive ratings through nine games. Doncic has led the charge alongside contributions from Kristaps Porzingis and the rest of the team.

The Celtics are currently ranking fifth in defense and will turn to Marcus Smart and Jayson Tatum for tonight’s game. Gordon Hayward won’t be playing as he is currently out with a broken hand, whereas Enes Kanter is listed questionable after sustaining an injury to his knee.

Best Pick: The Dallas Mavericks are our best pick for tonight. After the loss of Hayward, things might turn out differently for Boston and the team will need to figure who to pick to fill the void. Dallas averages 48.0 in rebounds while the Celtics sit on 39.4 when Hayward’s average is subtracted.