On Sunday, the Cleveland Browns (2-4) will visit the New England Patriots (7-0) at the Gillette Stadium for a Week 8 NFL matchup. The Patriots come as a strong favorite after shutting out the Jets 33-0 on Monday night, and Cleveland is the underdog coming out of the bye week. The Browns may be fresh at the moment but they had a pretty inconsistent start and are now to face their toughest test.  Will Cleveland be able to handle the heat? Here’s what we think. 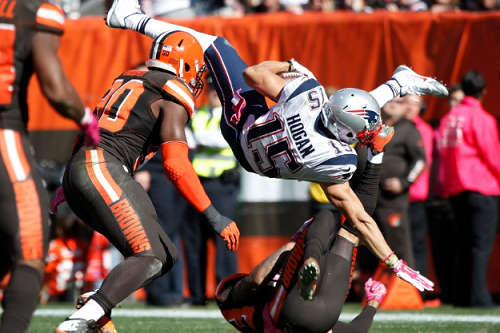 The Patriots’ recent victory against the New York Jets was their second shutout. The team will face the Browns for the first time after winning 33-13 in their last meeting back in 2016. Cleveland averaged 17.3, whilst the Patriots recorded 26.6 and winning six of the last seven meetings. Another thing worthy of note is that the Patriots have cleaned on 23% of plays since 2017. That is the highest in the league. Since Week 4 of the current NFL season, the team had a league-high of 44.4% of plays. They allowed a league-low of 223.1 yards and 6.9 points per game. Right now, the Patriots have the No.1 scoring offense and defence. The Browns, on the other hand, have recorded 22.9% of plays, the fourth highest in the league since 2017. The team allows 25.7 points and 373.3 yards.

Our Best Pick: Although the Browns may be healthier coming from the bye week, the Patriots remain an unbeaten team. Cleveland has linebackers who struggle in coverage. That’s in addition to having coach Freddie Kitchens who lacks head coaching experience. We don’t think the Browns would matchup against Bill Belichick, Tom Brady and the whole Patriots team.