Chelsea is on the road to face Burnley for a Premier League clash at Turf Moor on Saturday. In the exciting match, the Blues will be seeking to make it seven wins in a row following their six-match winning streak. Three of those games were in the Premier League, and another was a good 1-0 win at Ajax in the Champions League. The Blues are sitting fourth in the table and are eight points behind Liverpool after losing 2-1 to them at home on September 22.

Meanwhile, Burnley had a great start this season, winning all four league games. The team is currently sitting in the eighth position in the standings. You may also know that Sean’s Dyche’s team goes all out on homeground and does not give points out easily. 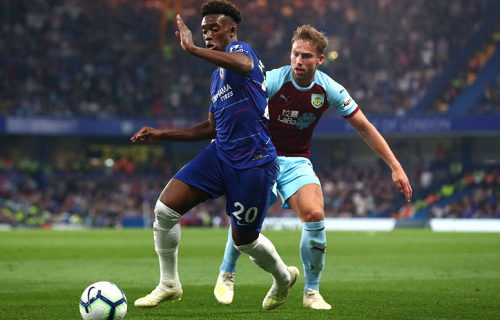 Burnley vs Chelsea’s match is one of the most-anticipated faceoffs for the weekend. Frank Lampard’s Blues just claimed victory again in the Premier League last weekend. However, this might be a very tight matchup as the Clarets like home ground advantage. Only one team this season left Turf Moor victorious. Chelsea’s possible starting line-up includes: Kepa Arrizabalaga, Abraham, Mount, Willian, Alonso, Tomori and Zouma. And, Burnley may feature: Pope, Cork, Wood, Hendrick, Pieters, Barnes, Mee, Tarkowsk, McNeil and Lowton.

The meeting will be the 99th competitive fixture between the two teams. Burley has won 38 times and Chelsea 36 times. From the last 10 meetings, Chelsea recorded six triumphs and three draws and Burnley once in the opening game of the 2017-18 season.

Best Pick: It’s going to be a very competitive battle as both teams will be looking to get more points on the board. The Blues are doing really well, but haven’t had any rest coming from two games in the last few days. Burnley, on the other hand, started off the season well and they are very good playing at Turf Moor. We believe both teams will score, but one will win. We say Chelsea 2-1 Burnley.