On Thursday night, the Los Angeles Clippers will face the Golden State Warriors with a completely transformed roster. The team signed Kawhi Leonard from free agency in a bid to take over the league the same way he did with the Raptors. In Tuesday’s matchup with the Lakers, Leonard picked up where he left off in the NBA finals, scoring 30 points on 10-19 shooting and contributed five assists in his debut. The Clippers won 112-102 against.

Meanwhile, the Golden State Warriors will be playing for the first time this season. The team went through a full makeover after the NBA finals loss to Toronto, but Steph Curry and Draymond Green remain to carry the team. Klay Thompson is out on knee injury and is unlikely to play this season. 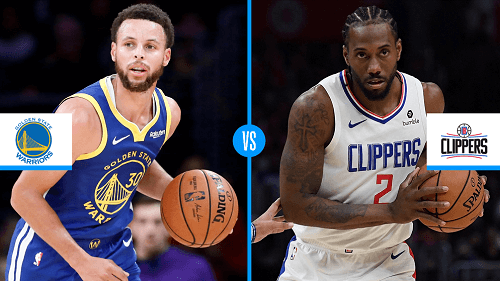 The Clippers already had a great start beating the Lakers in their opening game of the season. This was despite the Lakers having two of the top five players in the world, LeBron James and Anthony Davis, joining forces in the court. The Clippers locked down the team on offense and held them to a record 43.5 field goal shooting percentage. All thanks to having Leonard, another one of the world’s greatest players.

The Warriors will want to remind fans that they are an outstanding team, although that’s sort of in the past. Injuries and the lack of depth in the team last season ended one of the best runs in the history of the NBA. Besides Thompson recovering from his injury, the team also lost Kevin Durant who took his talents to Brooklyn.

Best Pick: We like to think this is an obvious prediction. Leonard and the Los Angeles Clippers will be looking to pound their chest once more giving the best performance in tonight’s matchup. The Warriors only have Curry as one of the best scorers. So, the Clippers are definitely taking it!