The Toronto Maple Leafs will host the San Jose Sharks in an interconference tilt tonight at Scotia Bank Arena. The Sharks come into the matchup after a quick stop in Montreal on Thursday night beating the Canadiens 2-4. This was after the team fell 4-3 in overtime on the road by the Sabres on Tuesday night. The Maple Leafs lost 4-2 on the road to the Bruins in the second game of a back to back situation the same night.

Tonight’s matchup is the first between the two teams this season. Last year, Toronto took both meetings winning 5-3 at home in their most recent game in November 28, 2018. Will the Sharks continue their winning streak or will the Maple Leafs do what they do best?! 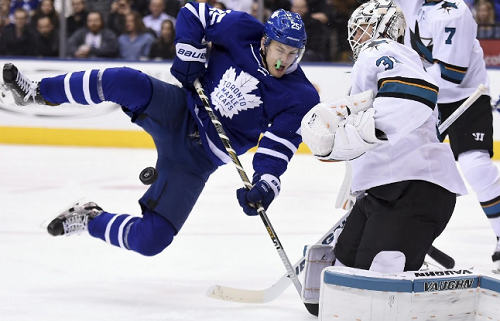 Best Pick: Tonight’s game will be the Sharks third meeting in four nights. The Maple Leafs come into the match more rested, even though they come off two straight losses. Although both sides don’t have much of a good defense, we feel Toronto will take this one. The team has strong offense and they cover the spread. They also have good home advantage and they will be looking to bounce back from their two beatings.