The American Football Conference South, or AFC South, is one of the four divisions in the NFL AFC adopted before the 2002 season. The division also has four teams; the Indianapolis Colts, Tennessee Titans, Houston Texans and Jacksonville Jaguars. The Texans only existed after the 2002 season, and the Colts were part of the AFC East and the Jaguars and Titans part of the AFC Central. This is why the AFC South division is sometimes regarded as the newest division as none of its new members had played more than eighteen seasons in their current cities since the time of its establishment.

More so, the AFC South also has a long active Super Bowl drought. The only Super Bowl win from the division was when the Colts claimed victory at Super Bowl XLI back in 2006. Whereas, the other Super Bowl victories come from at least one team in the other NFL divisions.

In this guide, we discuss everything about the AFC South Division, including providing you with odds to win the AFC South division, top expert predictions and current AFC South standings. We also list top-rated Canadian betting sites to wager on the NFL AFC South football teams. Get started below!

WHAT TEAMS ARE IN THE AFC SOUTH? AFC SOUTH DIVISION TEAMS

The AFC South features four teams, as already mentioned. The teams are based as follows: 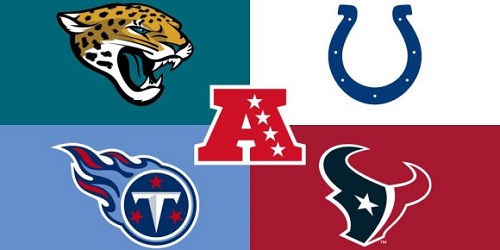 Below are AFC South champions:

The last AFC South division winner (at the time of writing) are the Houston Texans scooping their 5th title. This obviously makes them the bookie’s favourite. Below are the current odds to win the AFC South:

Below is a quick breakdown and projections of the team’s performances.

The Houston Texas are the second team with the most division titles in the AFC South. Most bookies favour the Texans to win the 2019-20 AFC South Division title as the team proved themselves by winning the title in 2018. More so, the Texans might come back well prepared to avenge their wildcard loss to the Colts. Although they lost top running back Lamar Miller for the season, they acquired star Duke Johnson from Cleveland. Will Fuller is also back and healthy from injury, and the league still has top performers, Deshaun Watson and JJ Watt. 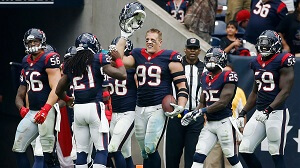 The Jaguars are back as one of the solid favorites to win the AFC South Division title after they were a few minutes away from making the Super Bowl in 2017. The team also has good defence with the likes of Myles Jack and Jalen Ramsey in the picture. Eyes are also on draft pick Josh Allen. The Jaguars are also set with decent offence options having Dede Westbrook and Keelan Cole. With talented running back Leonard Fournette, anything is possible. 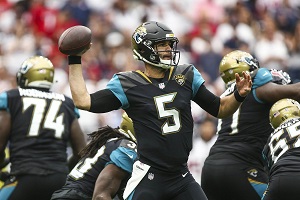 The Titans were quite inconsistent in 2018 with performances coupled with both winning and losing strokes. However, this year, they have a strong squad. Derrick Henry and Dion Lewis also proved themselves well in the last season, and Cameron Wake still adds quality to the league’s defence. 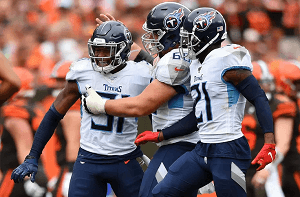 Bookies have mixed feelings about the Colts. Some bookies believe the Colts will be highly competitive this year, while some don’t. The team has had a rough couple of years but finally got back on track last year at the playoffs and during the regular season. The projections aren’t quite clear as star quarterback Andrew Luck also announced his retirement but there is still strong backup for the team with players such as Nyheim Hines and Marlon Mack. Ex-Panthers receiver Devin Funchess has also joined Eric Ebron and TY Hilton. 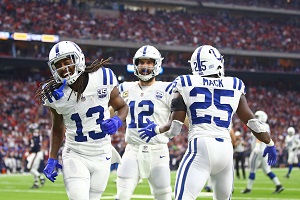 Below are the current AFC South Division standings: