The American Football Conference East Division, AFC East for short, is one of the NFL AFC divisions that punters love wagering on. This is because their games are fairly easy to predict, and for the bettor, that means more rewards. The AFC East, which is also known as the Eastern Division, is one of the four divisions of the American Football Conference in the NFL. Currently, the division has four teams, and for much of the last decade, the division was dominated by the New England Patriots, whereas the Miami Dolphins, Buffalo Bills and New York Jets have occasionally qualified for the wild cards.

In this guide, we will be discussing everything you need to know about betting on the AFC East division; from providing you with the best sports betting sites Canada to place your wagers to all the necessary information to help you win. You will find a list of AFC East champions, the current AFC East standings and top predictions. In addition, we provide you with a brief history of the AFC East division. Read on for more! 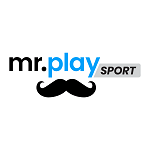 WHO IS IN THE AFC EAST?

The AFC East division consists of four teams, as already mentioned, and are as follows: 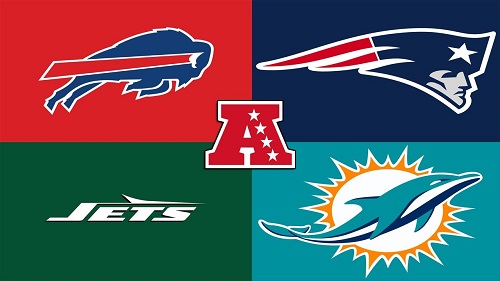 Currently, none of the teams plays within the central city of their metropolitan area.

A LIST OF AFC EAST CHAMPIONS BY NUMBER OF TITLES

With only just four teams which aren’t really much of a competition to one another, the oddsmakers really don’t spend much time trying to figure out the odds. Some of the bookies have favoured the Patriots to win the division title for the 17th time in the last 18 seasons. Below are the odds on average:

But what are the chances? Below we break down the chances of each team winning the AFC East title this year.

As one of the strongest teams in the NFL AFC East division, the Patriots remain a sportsbooks’ favorite. At most bookies, the team has odds between -500 to -800. The Patriots have also proven to be a legendary team by winning the 2018 Super Bowl. 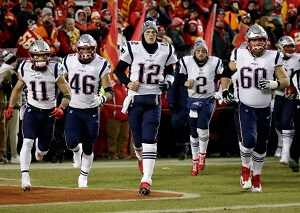 Although they have a history of bad defence, the Buffalo Bills have picked up here and there. The team is sitting on 10 AFC East titles. Although it’s important to note that they have only made the playoffs once since 2001. 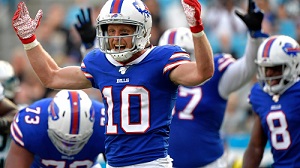 The odds for the Jets winning the division are between +1400 and +1500. Bookies expect the team to stay at the bottom of the division after their poor performance in 2017. 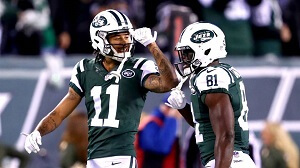 Miami Dolphins are one of the teams with the worst odds raging between +700 to +2500. This should give you a hint on the team’s current form, despite having won 14 titles in the past. 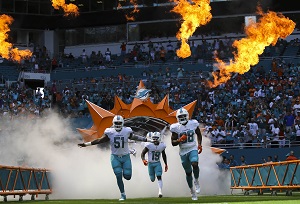 Before you can go ahead and make your own final prediction on what team will win the AFC East Division, it’s very important that you browse through the current AFC East standings. This will provide you with a clue of what team is performing better than the others in the division. With that information, you can then make informed wagers.

The AFC East, along with AFC West, is one of the oldest NFL divisions founded in 1960. As you may already know, the AFC is one of the NFL’s two conferences, with the other one being the National Football Conference (NFC). Both the AFC and NFC are further divided into four divisions each, and this is where the AFC East was established. The other three divisions are the AFC West, AFC South and AFC North.

The AFC East was previously known as the AFL Eastern Division which was formed as a counterpart of the AFL Western Division during the inaugural season of the American Football League. Initially, the division consisted of the Patriots, Bills, Houston Oilers and New York Titans. The Dolphins formed part in 1966. All teams are loosely based off their geographical locations.