The American Football Conference North Division or AFC North for short is one of the popular four NFL AFC divisions which was adopted after the restructuring of the 2002 NFL season.  At the time, the National Football League realigned the divisions after it had expanded to 32 teams. The AFC North was originally founded in 1970 as the AFC Central Division. It currently consists of four teams; the Pittsburgh Steelers, Cincinnati Bengals, Baltimore Ravens and Cleveland Browns. More so, the AFC North is the only division which does not have a charter team from the original American Football League, despite the Bengals being an AFL expansion from the 1968 season.

In this guide, we walk you through the odds for teams to win the AFC North division title and predictions to help you win big. Our experts have also sourced out top-rated Canadian betting sites to wager on AFC North teams. Expect nothing but highly competitive odds prices and real cash rewards. Find out what team is worth wagering on with our quick AFC North betting guide below!

WHAT TEAMS ARE IN THE AFC NORTH?

The American Football Conference North Division consists of four teams, as already mentioned. Below is the AFC North teams list and their titles, as well as where they are based: 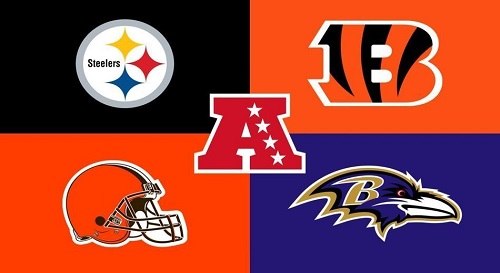 AFC NORTH PREDICTIONS AND ODDS TO WIN IN 2019

The AFC North is known to have three teams that are very competitive over the past few decades, but all thanks to roster changes for the Cleveland Browns, things have changed. Currently, the Browns are the bookie’s favorite to win the AFC North Division title, followed by the Steelers then the Ravens. The Bengals have the worst odds.

Below we highlight how each of the team has been doing to help you make informed predictions when betting on AFC North teams.

The Cleveland Browns are highly favoured by the bookie for the 2019 season.  This is such a big break for the team as they have never started any season with the best odds to win the AFC North Division. The Browns are no longer the same since the roster revamp by General Manager John Dorsey. Star players such as Sheldon Richardson and Kareem Hunt were recently signed to the team and everyone is hoping for nothing but the best. Hopefully, the Cleveland Browns will win their first division title this year! 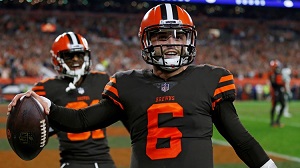 The Pittsburgh Steelers have won the most titles in the history of AFC North. At the time of writing, the team was sitting at 23 AFC North Division titles. Despite the consistency in the previous years, the team comes a second favorite to the Browns for the 2019 season.  This is after the team lost Antonio Brown to the Raiders and Le’Veon Bell to the Jets offseason. The team also failed to keep momentum in the 2018 edition. But we hope for the best as veteran quarterback Ben Roethlisberger is still with the team, and head coach Mike Tomlin will ensure that the boys perform as they should. 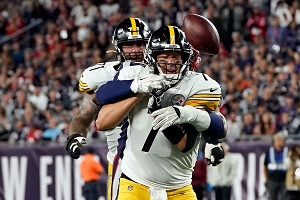 The year 2019 will be quite interesting for the Baltimore Ravens. The team traded out a few big names this offseason, including running back Alex Collins, receiver Michael Crabtree and on the defence side, Terrell Suggs. The team also managed to sign in a few big names such as Earl Thomas from the Seahawks, Mark Ingram from the Saints, as well as Shane Ray. With that said, it’s not quite clear how this new roster will work out. Odds are quite fair sitting on the average +300. 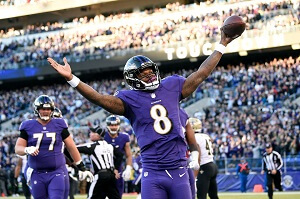 The Cincinnati Bengals have the worst odds of all AFC North teams and it’s understandable why.  Previously, they were a team that could never win a playoff game, but now have moved from better to worse. We’re still wondering how long it will take for them to get back to the playoffs. The Bengals’ wide receiver AJ Green sustained an ankle injury during training camp and the team also lost impact players such as linebackers Vontaze Burfict and Vincent Rey, as well as offensive tackles Jake Fisher and Cedric Ogbuehi. 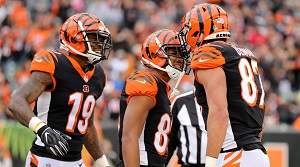 Below are the current AFC North Standings: