If you’re looking for the best NHL odds tonight, then you’ve come to the right place. We’ve shopped around for highly competitive money lines on tonight’s NHL games.

Here’s how the odds are looking at top-rated Canadian sportsbooks!

The Colorado Avalanche are on the road to face the Florida Panthers in an interconference clash. On Wednesday, Colorado fell 3-2 in overtime to the Penguins, which was their first loss of the season. Whereas, the Panthers claimed victory beating the New Jersey Devils 6-4 on Monday. But that’s not something you can look forward to happening on a regular basis.

Best Pick: We will go with Avalanche who will be looking to pick up their winning streak. 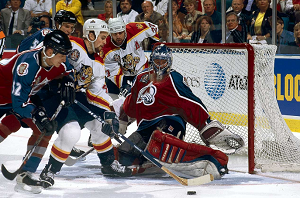 The Dallas Stars will be visiting the Penguins at the PPG Paints Arena tonight for a cross-conference clash. The Stars, who enter the matchup with a 1-6-1 record will be looking to rebound having lost to the Blue Jackets with a 3-2 score. The Penguins, on the other hand, are looking to keep momentum after winning 3-2 at home against Avalanche. The team comes into the matchup with a 5-2 record.

Best Pick: We go with the Penguins on this one. The team comes with a lot of advantage including having the most talented Sidney Crosby and Matt Murray. 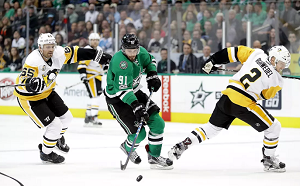 Tonight, the New York Rangers will travel to face the Washington Capitals on a Metropolitan Division battle on the ice. In the first two weeks of the season, the Rangers played the fewest games in the Eastern Conference. The team fell by 5-2 at New Jersey on Thursday night dropping to 2-2-0. The Capitals, however, won 4-3 at home against Toronto on Wednesday night to improve to 4-2-2.

Best Pick: The Washington Capitals are the bookie’s favorite and that’s for a good and valid reason. The team is very likely to keep momentum and take it tonight. 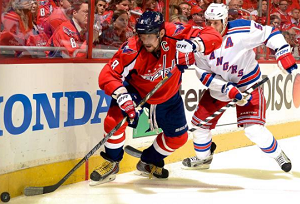 The Columbus Blue Jackets will play the Chicago Blackhawks at the United Center in Chicago. The Blue Jackets come to the matchup with a 3-3-0 record after winning 3-2 against Dallas on Wednesday. Whereas, Chicago (1-2-1) won 3-1 over Edmonton on Monday night.

Best Pick: This will be a tricky one but we believe the Blackhawks will be looking to continue their success after their win. They held the Oilers off the scoreboard holding them 1 goal on 28 shots. Whereas, the Jackets kept Dallas off the scoreboard 2 goals on 32 shots. 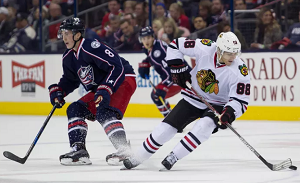 The Detroit Red Wings and Edmonton Oilers will face off in a cross-conference clash for the first time this evening.  The Oilers turn to Mike Smith and the Red Wings to Jonathan Bernier. The Oilers go into the matchup having won six of their first seven games this season. Whereas the Red Wings have been very inconsistent winning only three of their first four games and losing all their last three. Well, maybe they are consistent – winning three and losing three.

Best Pick: With so much advantage and having Connor McDavid on offense, the Oilers are sure to win this matchup. The goalie, Mike Smith also performed really well this season. The Oilers only lost one of their first seven games. 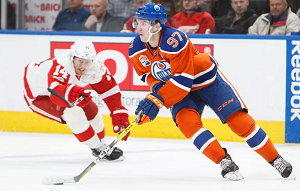 The Carolina Hurricanes will travel to face the Anaheim Ducks in an interconference matchup this evening. The Hurricanes recently had a 5-2 road loss to the Sharks. The Ducks, on the other hand, posted a record win of 5-2 at home against the Sabres on Wednesday night.

Best Pick: The Hurricanes are a strong favorite at most sportsbooks. But by the look of things, the Ducks might take this one. The Ducks have stellar goaltending and defense. 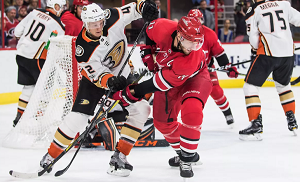