The St. Louis Cardinals are on the road as they play against the Atlanta Braves in a decisive Game 5 this evening. The Cardinals will be aiming to extend their winning streak as they earned a 5-4 walk-off victory in Game 4 on Monday. This was in addition to winning Game 1 of the series 7-6 on Thursday to open the set.

On Friday, the Braves took Game 2 with a 3-0 win at home and followed up with a 3-1 win again in Game 3 on the road on Sunday to take a 2-1 series lead. What a thrilling series it is turning out to be! Now, who do you think will claim victory in Game 5 and make it to the NL Championship Series? Well, here’s what we think. 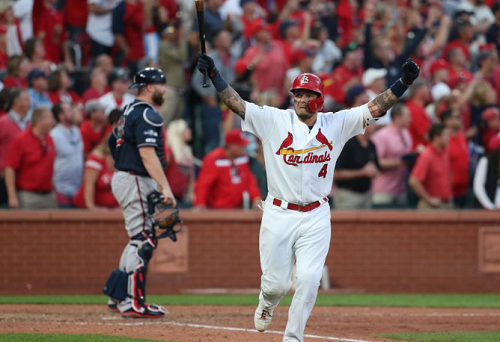 To keep their season alive, the Cardinals fought back from what could have been a knockout in Game 3 and managed to win Game 4 on Monday. If they win today’s game, they could be on their way to the NL Championship Series.

The Cardinals will have Jack Flaherty as starting pitching for the second time in this series. Flaherty has been performing really well compiling a 0.91 ERA and 101 more strikeouts in his 15 regular-season starts.

In Game 2, the pitcher yielded three runs in seven innings. He had eight hits with one walk as well as eight strikeouts in the game his team lost 3-0. In his four-career start against the Braves, Flaherty recorded 1-2 with a 4.18 ERA, a 1.141 WHIP, eight walks and 27 strikeouts in 23.2 innings.

On the other hand, the Braves are tapping Mike Foltynewicz for his second start of the postseason. In the regular season, the pitcher logged 21 starts for the team and finished the year with a 4.54 ERA, a 1.248 WHIP, 37 walks and 105 strikeouts in 117 innings. Playing home in Game 2 last Friday, Foltynewicz earned the win allowing no runs on three hits, no walks and seven strikeouts in seven innings.

It’s been quite a competitive series, and both Flaherty and Foltynewicz are doing their best to deliver. However, by the looks of things, we believe the Cardinals will win Game 5.