The Wimbledon Championship is one of the most prestigious events in all of tennis. This Grand Slam tennis tournament is also the oldest having been founded in 1877. It is played on outdoor grass courts at the historic All England Club in Wimbledon, London. The Wimbledon is a sister tournament to the Australian, French and US Open. Traditionally, it is played over two weeks usually in late June and early July. More so, other than having men’s singles and women’s singles competing in the court, the Wimbledon tournament is popular for its strict dress code and having fans consume strawberries and cream.

Already, the best Canadian tennis sportsbooks have released the odds for male and female singles to win the tournament. In this guide, our experts have you covered with the best Wimbledon odds. Here you will also get to learn how to bet on Wimbledon games and find tennis betting specials. Read on to start learning and make informed wagers!

Below are the best Wimbledon betting sites for Canadian players. When you sign up at these best sports betting sites for the first time you’re eligible for a welcome offer of up to 125%. Thereafter, you will have an opportunity to access the latest Wimbledon specials including; enhanced odds, free bets, win boosts and a whole lot more!

WHAT YOU WILL FIND IN THIS WIMBLEDON BETTING GUIDE

The favorite to win the 2019 Wimbledon Championship was Novak Djokovic, with wagers for him to defend his title sitting at +150. This means that if you wagered C$100 you get C$150 in return. It comes as no surprise why he was chosen as the sportsbook favourite, as the 32-year old has already won the championship four times. That’s in 2011, 2014, 2015 and 2018. Roger Federer is also another favourite, having won the Wimbledon Grand Slam eight times, followed by Rafael Nadal then Alexander Zverev.

At the best Canadian bookies, you will find a variety of betting markets on the Wimbledon Championships. You can bet on anything and everything; from outright winner odds, match result, over/under wagers, game handicaps, set handicaps, any set to nil, tiebreaks, number of sets and also odd/even games.

Popular odds among bettors so far include: 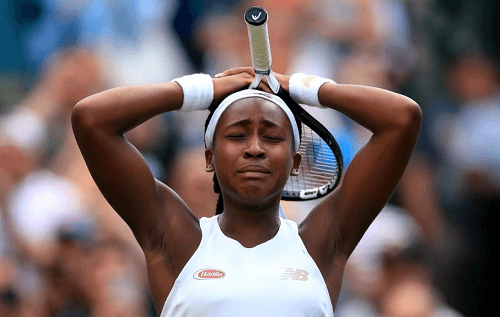 HOW TO BET ON WIMBLEDON TENNIS CHAMPIONSHIPS

Betting on the Wimbledon championship is quick and easy at our recommended bookies. All you need to do is follow these simple steps to bet on your favorite Wimbledon games: