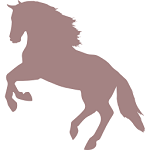 Saratoga Racetrack is one of the defining thoroughbred raceways located in Saratoga Springs, New York. The racecourse was founded back in 1863 and falls as one of the oldest major sporting venues in the United States. The track is also known as the Spa, Graveyard of Upsets and House of Upsets as famous race horses have lost racing at the track. These include the likes of 1973 Triple Crown winner, Secretariat, who was defeated by Onion at the Whitney handicap in the same year. Other popular horses defeated include; American Pharaoh, Man o’ War, Gallant Fox and Rachel Alexandra.

Just as with other popular tracks, the Saratoga racetrack has a lot of betting opportunities. More so, you can expect highly competitive odds prices on Saratoga entries at our handpicked horse racing sites.

In this article, our industry experts discuss everything you need to know about betting on Saratoga races. You will find a list of the best Canadian racebooks online to bet, learn about the entries and most notable events to wager on. We also discuss the Saratoga live betting odds and racing picks. Read on for more!

Below are the best horse racing and sports bet sites to place wagers on Saratoga races. Sign up today to claim your welcome offer of up to 100%. Get free bets and other horse racing specials!

WHAT YOU WILL FIND IN THIS SARATOGA HORSE RACING GUIDE

Saratoga Racecourse is home to quite several horse-racing events. Initially, the Saratoga meet lasted for only four days, but that changed over the last couple of years. For instance, for some few decades, it lasted for four weeks, from July through August. Today the Saratoga meet takes up to 40 racing days and races are held five days a week, from July through September.  During this time, Canadian bettors are afforded the opportunity to wager on Saratoga races. The track features a main dirt raceway which has a 9-furlong circumference, an 8-furlong turf track known as the Mellon Turf Course and inner turf track which is 7-furlongs. More so, the races run at Saratoga Racecourse are; Grade I, II, III stakes, as well as ungraded stakes and steeplechase races. 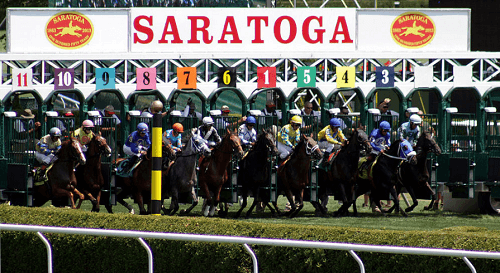 Below are the notable races taking place at Saratoga racecourse:

The 2019 Saratoga races are scheduled to take place from July 11 to September 2.

The best racebook will have highly competitive odds prices prior and during Saratoga races. Canadian bettors can bet on what horse they think will win, what place a certain horse will come or place show wagers. There is also an opportunity to wager across the board or place exotic wagers. You can read more on the individual bet types on our comprehensive horse racing guide.  Keep it locked to our site for free picks from our expert handicapping team!