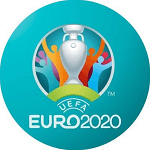 The UEFA European Championship, also known as UEFA EURO or simply The EUROs is an association football tournament for senior men’s national teams. The championship is one of the biggest soccer events in the world, held every four years since its inception in 1960. The UEFA EURO 2020 will mark the 16th UEFA European Championship. Although it is still months away, it has already attracted many soccer fans and bettors. That’s why the best soccer betting sites are already prepared to offer you a vast selection of betting lines with highly competitive odds for the 2020 EURO Cup.

To make it easy and convenient for our readers, our sports betting experts have already put together a list of top-rated bookies where you can bet on the 2020 UEFA European Championship. More so, in this guide you will learn everything you need to know about the soccer tournament; from where it will be held, the qualifying teams, and the best tips to win your bets.

Below is a list of the best Canadian soccer betting sites to wager on the EURO Cup 2020:

WHAT YOU WILL FIND IN THIS EURO CUP BETTING GUIDE

The EURO Cup 2020 will run from 12 June to 12 July spread over 12 European countries and cities. Once again, 24 teams will be competing at the tournament with Portugal defending their title as the 2016 champions. What differentiates the EURO Cup from the rest is that a video assistant referee (VAR) system will be used for the first time ever. The European Championship final will be held at Wembley Stadium. 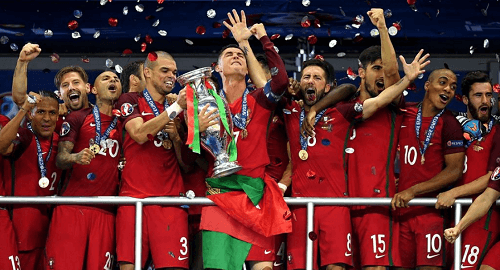 The first matches for the qualifying rounds will begin in early 2019. There will be double matchdays in periods March, June, September, and October up until November. Meanwhile, the draw will be held on December 2.

Previous champions for the EURO Cup include:

The 2020 UEFA European Championship is one of the most prestigious soccer tournaments that you don’t want to miss out on when betting online. Prior to, and during the championship, our favourite soccer betting sportsbooks will offer a wide range of betting opportunities for Canadian bettors. Expect to find the best EURO 2020 odds and exciting promotions to boost your pocket. You can bet on all EURO games for the qualifying teams. Whether you wish to wager on single matches or accumulators – you can have it. Other lines offered at the bookies will include futures, live bets, and ante-post wagers.

More so, in order to win your bets, you will need all the research you can find on the EURO Cup and all things betting-related. Check current standings, watch games, and read the latest news on injuries, player transfers and retirements. Most importantly, find out about team rivalries and which team plays well at home and away. That way, you will make the most out of your wagers.

Below are some frequently asked questions about the UEFA European Cup:

How often is the Euro Cup?

The Euro Cup takes place every four years since 1960.

When was the last European Cup?

The last European Cup was in 2016 hosted in France. Portugal won 1-0 to France in the final.

When is the next Euro Cup?

The EURO 2020 Championship will be played in 12 European countries and cities.

The opening window for EURO 2020 tickets will be on 12 June to 12 July 2020 when the tournament begins. According to UEFA, the tickets will be allocated through a lottery and all soccer fans have an equal chance of securing a ticket regardless of when your application is submitted.

Yes. England will be in playoffs however won’t be in action on the second or third matchday in June 2019.