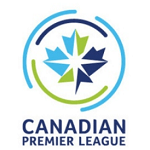 The Canadian Premier League (CPL or CanPL) is a top-level soccer competition in Canada which had its first season on April 27, 2019. The league currently features seven teams representing five Canadian provinces with hopes to grow double-digit in the next coming years. The CanPL is Toronto-based and will expand to Hamilton. The main objective for the league is to develop and have more home-grown talent. Only 25% will be foreign players.

Just like the other major soccer competitions in the world, online bookies will offer all types of wagers on the CPL.  Bettors will be able to wager on the regular season which consists of two separate tournaments from April to October. In this guide, we discuss everything that Canadian soccer fans and bettors need to know about CanPL games. You will find the best Canadian betting sites with highly competitive odds on CPL soccer; learn about the different Canadian Premier League teams and schedule. As a bonus, we also provide you with websites for CPL live streaming and also where to watch the Premier League on Canadian TV.  Read on for more online sports betting information on this league!

Below are top-rated Canadian betting sites to wager on CPL soccer. Check which CPL games are currently offered and stand a chance to win huge real cash prizes. There’s a welcome offer for new bettors!

WHAT YOU WILL FIND IN THIS CPL BETTING GUIDE

At the moment there are no odds offered for CPL 2019. However, keep it locked to our site and Twitter page for real-time updates. Once bookies are set for CPL odds, Canadian bettors will find only the best on CPL markets. You will be able to bet on everything and anything including; outright winners, any-time goal scorers, match-result, money line, over/under bets and a whole lot more. On top of that, you will find special promotions, free bets and online betting vouchers for wagering on Canadian Premier League soccer matches! 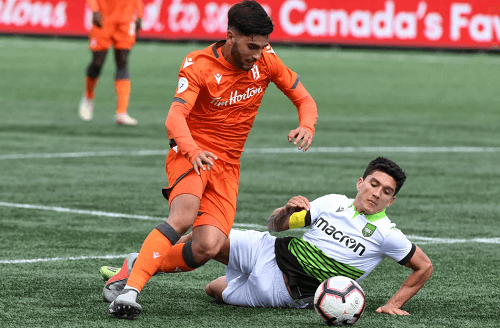 You may already be familiar with FC Edmonton which has been around for 10 years as part of the North American Soccer League. Well, the team dropped out and is now part of the CPL. Other provinces in Canada will soon pitch to establish teams to join the following 7 teams currently in the Canadian Premier League.

The first season for the Canadian Premier League kicked-off in April 2019, as already mentioned. The games were played at Tim Hortons Field in Hamilton where York9 FC resulted to a 1-1 draw against Forge FC. The final regular-season matches will kick-off on October 19, 2019. In the meantime, you can enjoy CPL games taking place almost every day of the week.

Below are the Canadian Premier League Standings for Week 7:

Once odds are live at our recommended sportsbooks, Canadian bettors can take advantage of the CPL live streaming services offered.  Alternatively, you can access live statistics while CPL matches are hot in action. Bettors who prefer live betting will find these services quite useful as they will be able to see which team is performing the best and get to take advantage of live CPL odds.

If you love watching Canadian soccer on TV, you can enjoy CPL games on the following Canadian TV stations in real-time:

All 20 games were broadcasted live on the CBC TV network when the CPL inaugurated and promises to do so for the next coming seasons. Bookmark this page to find out about more channels and where you can catch live streams in Canada!