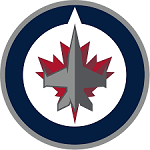 The Winnipeg Jets are a professional hockey team in the National Hockey League (NHL). You’ll find this team in the Central Division of the Western Conference. With a jet fighter on a maple leaf as their logo, the Winnipeg Jets call the Bell MTS Place their home arena.

The Jets players can be found sporting their dark blue kit when playing at home. Alternatively, they wear white and dark blue when playing on the road. Fans of the Jets are entertained by Mick E. Moose, a moose that sports a vintage leather aviator helmet. He is quite the fan favorite in Winnipeg and Manitoba, his second home.

Currently trained by Paul Maurice and led by Blake Wheeler, the Jets have been enjoying a decent season. However, they still have yet to lift the coveted Stanley Cup.

Let’s take a look at betting on the Winnipeg Jets, how they’ve been performing in the NHL, and a bit of the team’s history.

BETTING ON THE WINNIPEG JETS

For those thinking about betting on the Winnipeg Jets? Well, there always odds available for betting on the Jets. Simply go to the NHL games tab of your favorite Canadian sports betting site and if they’re playing, you’ll definitely find some competitive odds and betting lines. 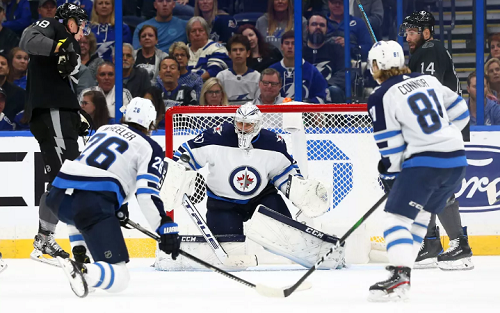 CA sports bettors can have their pick of the following Winnipeg Jets betting lines:

With the many betting sites for Canadian bettors out there, finding the best one can be a bit difficult. However, by using our recommended sites, not only are you getting access to safe and licenced online sportsbooks, you’re getting some of the best CA sports betting deals.

Overall, in the NHL, the Winnipeg Jets currently rank 10th in terms of points. Below we’ll take a look at the Winnipeg Jets’ performance in the Central Division and in the Western Conference as a whole.

HISTORY OF THE JETS

The Winnipeg Jets were founded in 1999 originally as the Atlanta Thrashers. Then, current owners True North Sports & Entertainment relocated the team in 2011 from Atlanta, USA to Winnipeg, CA and the Jets made their debut in during the 2011-2012 season. As the Thrashers, they only managed to qualify for the Stanley Cup Playoffs once (in the 2006-2007 season) and never won a playoff game.

As the Winnipeg Jets, they managed to break this trend. They qualified for the Stanley Cup Playoffs in 2015 and 2018 where they won their first playoff series. However, the Jets have yet to win any NHL championship.