Central Division odds have seen lots of ups and downs since its formation in 1993. The division is home to some of the National Hockey League’s (NHL) most famous teams, including the Chicago Blackhawks, the St. Louis Blues, and the Colorado Avalanche. It is the only team in the sports betting league to feature seven instead of eight teams. Since being formed, five teams in the division have made it all the way to the Stanley Cup finals but only on seven occasions, meaning that it isn’t a division that many bettors always pay attention to.

If you are looking to find out more about betting on the Central Division, make sure to stick around as we are about to have a good look at it. Below we have a look at each team’s odds to win the division this year, the history of the division, and some basic stats and facts about it to keep in mind. We also list the best NHL betting sites to place a wager on the team. So, read on and begin betting on the Central Division today!

As mentioned above, there are currently seven teams in the division. Below we look at each team’s odds of winning the division this season: 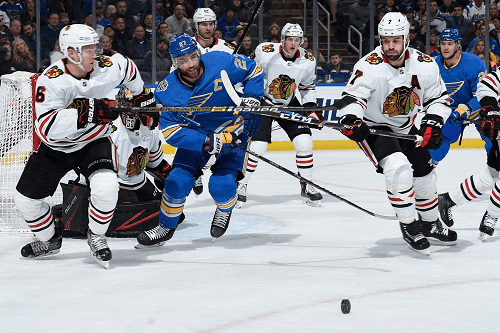 History of the Central Division

In the division’s early years, it was dominated by the Detroit Red Wings who won the championship title 11 times in the first 14 seasons. The only other two teams that were able to pick up wins in this time were the Dallas Stars in 1997 and 1998 and the St. Louis Blues in 2000.

It is important to note that the line-up of the division changed again after the 1998 season, and the Toronto Maple Leafs, Dallas Stars, and Phoenix Coyotes were moved to different divisions. The Nashville Predators were added to the line-up to compensate for the losses. In 2000, the Columbus Blue Jackets were added to the roster to bring the total number of teams to five. The division would retain this form until 2013.

Since the last adjustment in 2013, the Central Division has been made up of the Chicago Blackhawks, Colorado Avalanche, Dallas Stars, Minnesota Wild, Nashville Predators, St. Louis Blues, and Winnipeg Jets. It is set to change again once the Seattle-based franchise joins the league.

Sometimes having a clear-cut look at some stats helps bettors make better wagers. Well, here are some truths about the Central Division CA bettors should keep in mind: