Overall, the NHL Western Conference provides Canadian bettors with ample opportunity to bet on more hockey games. Whether you want to place a simple puck line on tonight’s game or predict which will be the lucky team to raise the Clarence S. Campbell Bowl, you can do it all at the best Canadian sports betting sites. Below we go through all CA bettors need to know about betting on the NHL Western Conference online. This includes the available betting lines and even some betting tips. So, read on and begin wagering on your favorite teams today! 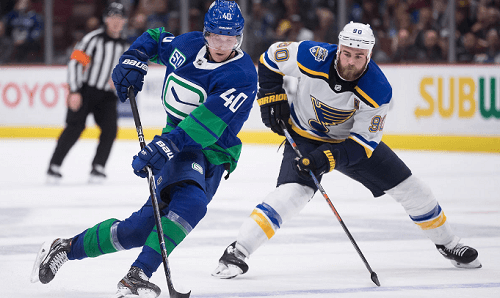 If you are looking for some good tips to begin betting on the NHL Western Conference, make sure to have a look at some of our suggestions for CA gamblers down below:

At the time of writing, here are the latest future odds to win the NHL Western Conference. They are subject to change, so make sure to have a look at our top-rated hockey betting sites to find out the best and most recent deals:

Formerly known as the Clarence Campbell Conference, the NHL Western Conference was first established in 1974 during a league re-alignment. The re-alignment saw the league divided into two conferences, each featuring two divisions. As is often is the case with re-alignments, the reason was due to the terrible geographical of teams which resulted in long travel times.

In 1981, the conference was restructured once again, and a third time in 1993, which saw it turn into what it looks like now. It was in the 1993 alignment that the Western Conference was also renamed the Western Conference from the Clarence S. Campbell Bowl (although the league’s championship did maintain the name.) The divisions were also renamed to their geographical locations from Patrick and Smythe divisions. The conference has retained this format ever since.