San Jose Sharks are an NHL Western Conference team named after their host city, San Jose, California. The team- established in 1991 and its home arena is at the SAP Centre, which is referred to as the Shark Tank. The Sharks started playing the same year that they were established. To bet successfully on the San Jose Sharks requires that players keep up with the team’s steam’s season stats. It is not very easy to accurately predict a game score, but you can pretty close with the right information. The Sharks have not been as unbeaten as they would want at the most prestigious hockey competition that is the Stanley Cup. However, they have flexed their muscle on the ice by lifting the President’s  Trophy in the 2008-9 season.

To bet well on the San Jose Sharks, bettors need to understand how the sharks play during the season and at championships. Not only should you look at the team’s steam’s performance as a whole, but it is also beneficial to lose to look at the player’s statistics. This will widen your betting spectrum, and you will not be limited to only betting money lines. The more you understand the trends and how the team plays, you will be able to use your knowledge to place more complex bets such as the puck line. 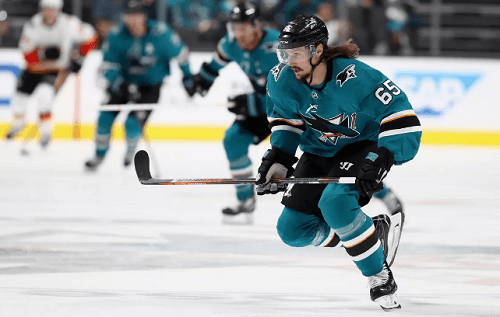 You need to study San Jose Sharks news and see how well they perform in the league as well as on the platform, such as a Stanley Cup.

To bet well on a San Jose Sharks score, three main things must be considered-

The San Jose Sharks have had quite an illustrious history for a team that was only formed in 1991. As we may have mentioned earlier, they started the ball rolling and played in the first season right after they formed that is the 91 to 92 seasons. As with most NHL teams, the name was a big hurdle; they toyed around with the various names, almost going with blades until they settled on Sharks. The name inspired by the sharks that are in the Pacific Ocean and specifically the ones in the bay area. The sharks in the bay area can location referred to as the red triangle, which is why they have a red triangle in their logo. They also wanted to channel the relentless determination and agility of sharks in the ocean.

When the sharks first started in their first season, they had a record of 71 losses. Although they were losing on the ice, their merchandise sales skyrocketed at 150 million dollars, which was second to the NBA Chicago Bulls team and merchandise sales.