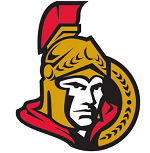 The Ottawa Senators haven’t been performing their best over the last few years. In fact, the odds for the team have been plummeting. Historically, the Senators performed better as an underdog than as a favorite, and this is something to keep in mind before you can wager on the team. Their most recent best performance, which was a decade ago, took them to the Stanley Cup final. However, they haven’t been able to keep the same momentum despite having made the Eastern Conference Championship finals again.

To wager on the Senators’ hockey games, one needs to do proper research, especially on the side the team will be playing. If you’re looking to bet on the NHL Sens, this is where you start. Read on to find out more about the team and the best sports betting sites Canada to bet on the Ottawa Senators game!

The best Canadian betting sites offer Ottawa Senators lines and betting odds. However, before you can make your wagers, it is very important that you do your research on their current form of the team, and check scores and standings amongst other things. You will also want to do this for their opponent. Usually, they have it hard when they go up against Toronto or Pittsburgh. In early January 2020, the team lost their first three games over 6.5 to Florida, Tampa Bay, and Washington, and two games under 6.5 to Detroit and Montreal.

The most popular Ottawa Senators hockey game lines include the following:

HOW TO BET ON OTTAWA SENATORS GAME TONIGHT

Betting on the Ottawa Senators is fairly easy at the best Canadian sportsbooks. All you need to do is follow these quick and easy steps:

The current Ottawa Senators are the second franchise to acquire the Senators name and they began to play in the 1992-93 season. The original team was founded in 1883, played in the National Hockey League (NHL) from 1917 until 1934, and won 11 Stanley Cups.

However, the current Senators team hasn’t had as much success in the NHL East. Their best performance was when they made it to the finals in 2007, but lost to the Anaheim Ducks. They have been on a negative streak in the NHL, and lost their spot as a good team to wager on to make the playoffs due to their inconsistent performances. 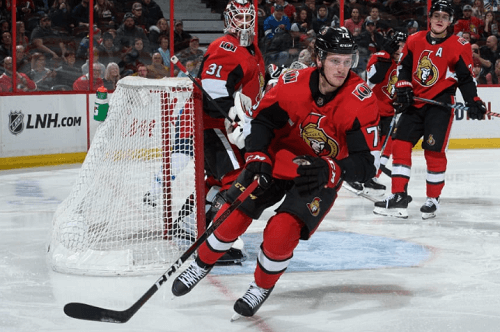 If you’re looking to make real money, then Ottawa Senators news are what you need to keep an eye on. This is because if you know which Ottawa Senators players got injured, the substitutes, or Ottawa Senators trade, you will be aware of the team’s form therefore making well-versed predictions. Ottawa Senators standings and previous scores are also very important to look at in order to make informed bets. You can check out the Ottawa Senators Twitter page or ours for trade news and more. Also keep it locked to local news channels!