Los Angeles won their last Stanley Cup in 2014. As of late, the team has been struggling to compete in the season playoffs.  The ice hockey club came last in the NHL Western Conference in 2018 to 2019. It doesn’t look like the team will be doing better to make it to the playoffs any time soon. The Stanley Cup is a distant dream for the squad.

The Los Angeles Kings were created in 1967. In the first two seasons, the team qualified for the playoffs. Five years later the hockey club could not make the qualification. Things began to change in the 1973-1974 season. For the first time in a long while, the club was able to enter the playoffs. Even though the team qualified for the playoffs around the 1970s to 1990s, they had not tasted how playing in the Stanley Cup felt. In 1992-1993 the LA Kings competed for the Stanley Cup finals but ended up not taking the cup. The Kings also won their Western Conference title. After not winning the trophy (Stanley Cup) the team had a hard time entering the playoffs. 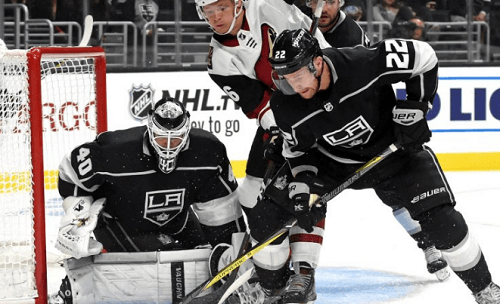 It would take seven years for the team to take a different turn (2009-2010 season). The Los Angeles Kings were in the playoffs for the first time. The following NHL season made no difference because the team didn’t win anything. However, the team made it to the Conference finals three years straight and took two Stanley Cups. The team has since failed to bounce back.

Below are a couple of facts about the LA kings:

Honestly speaking, during last year’s NHL season, the Kings have not been in the top form. The ice hockey team made the second last position on the standings in the past season. Their poor performance ultimately fired Willie Desjardins as a coach.

The team has not played well in the past and not much has changed years after. This concerns bettors because it doesn’t give them any hope to wager on the team. Our advice would be for bettors to not wager on the Kings. Sadly, we think that they won’t participate in the playoffs or come close to touching the Stanley Cup. It looks like it’s going to be one hell of a run for the LA Kings.