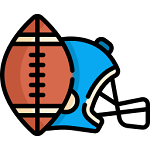 A sandwich game theory is essentially working with the idea that not even the strongest NFL team will be at their best all the time, and that there are certain circumstances to consider. A good team will have a letdown in the middle of a three-games-stretch.  For instance, against a strong opponent, a bad team and a good one. A good example would be when the Eagles were scheduled to compete against the New York Giants on week 8, then the Browns the following week and the Cowboys the other. Out of all three games, which game do you think the Eagles are likely to focus more on? Which one is more of a threat to their NFC East title? So, a sandwich game is basically a “trap game”.

In this guide, we discuss everything you need to know about the sandwich game theory, how it works and how you can use it best for handicapping NFL games. Explore more below!

WHAT IS SANDWICH GAME THEORY & HOW DOES IT WORK?

A sandwich game is considered a game scheduled in between more important matches. NFL teams therefore either play below or above their level. But that’s where all the excitement is. More so, there are many circumstances that could affect a team’s performance. For instance, long travels. Think about a team that has been travelling for a week or more and had to come home and play again. Obviously, they will have more hype since they’re on the home ground, but at the same time, they’re tired and fear that they might lose, which are more likely to. Unlike if they had refreshed for a couple more days and had to play like their lives depended on that game. 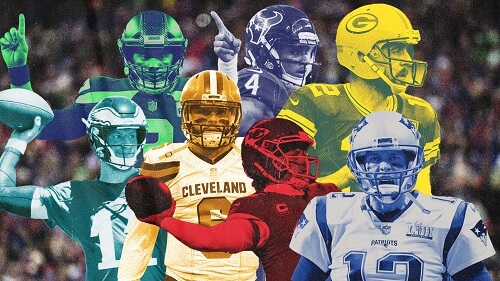 So, look at it this way; nearing the end of an NFL season, you will find that there are teams which are more rested and ready to give their best performances. Meanwhile, their opponents may have played too often or had a difficult time.

HOW TO USE THE SANDWICH THEORY FOR HANDICAPPING

Sandwich bets work quite well with a little bit of research when sports gambling. What you want to do is keep yourself updated on a team’s latest performances and current standings. We also strongly advise you to check the line-up; if there are any star players, and also check injuries, trades and other relevant information.

More so, remember that a team will have a three-game-stretch against teams falling in the requirements. That will be against two strong rivals and a weaker team, as we mentioned earlier. What will also help you here is checking trends and picks. How many people are betting on what? What are the experts saying?

Moreover, bettors will find quite a lot of sandwich match opportunities during week 17 of the NFL season. This is because competition is narrowing. Everyone is trying their best not to be eliminated. But sandwich bets are quite risky as you’re never sure of what is likely to happen. You might want to combine this with the halftime betting strategy as you will have already seen which team performed the best on the first round. So, you can make your decision based on first-half points and performance.