The winless Miami Dolphins and Pittsburgh Steelers (2-4) battle on Monday night at Heinz Field. The Steelers seek to extend their win streak coming out of the bye week. The Dolphins, on the other hand, happen to be the worst team in NHL history, currently sitting on 0-6.

Are the Steelers an obvious winning choice or will the Dolphins win this matchup? 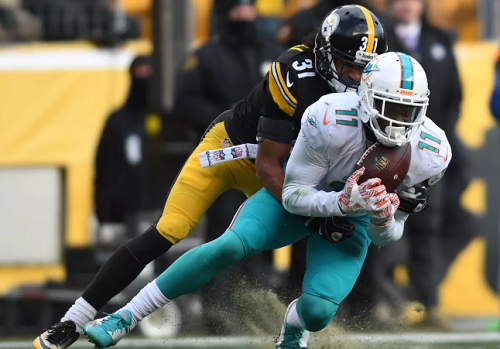 The Steelers are a heavy favourite at the bookies. But that’s expected. The team has won their previous 17 home games on Monday Night Football. In this matchup, Pittsburgh will turn to quarterback Mason Rudolph who had a concussion in Week 5. In just four games, Rudolph managed to complete 67 per cent of his passes for 646 yards and contributed seven touchdowns.

Running back James Conner also made 466 yards and five touchdowns. Big-time receiver, JuJu Smith-Schuster has 25 catches for 340 yards plus two touchdowns, but might not be able to play tonight due to an injury. Pittsburgh is 28th in total yards averaging 276.5, again 28th in passing yards with a 200.0 average and 26th in rushing yards.

Although the Dolphins are the weakest link, the team has improved a little bit in offense. In their past two meetings, Miami has recorded 37 points. They have an average of 6.5 points per game in their first four losses. Currently, they rank 31st in total yards with a 258.7 average, 30th in passing yards 192.0 on average, and a 66.7 average for rushing yards.

Best Pick: The Pittsburgh Steelers are winning this matchup. The Dolphins never win anything.