Manchester United and Liverpool go head to head in the most-anticipated match in the Premier League this weekend. The game will take place at Man United’s home ground, Old Trafford, on Sunday and despite the home advantage, the odds for the Red Devils are pretty low. The team enters the match with only one win in their last five EPL games, after losing 1-0 against Newcastle just before the international break.

Liverpool, on the other hand, have raced into an amazing eight-point lead after just eight games. The team claimed victory on every Premier League match this season, which is why they are a strong favorite at top Canadian sportsbooks. 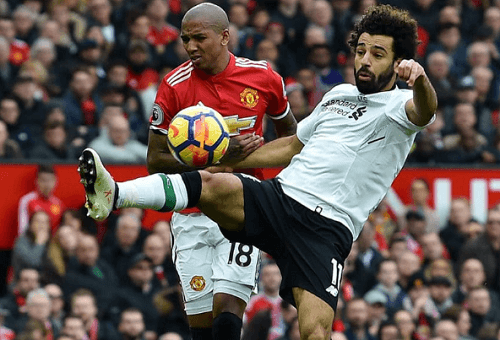 It’s been a tough season for Man Utd fans as the team has been nothing but disastrous. In their last 10 games, the team was unable to score more than once, only producing less than 2.5 goals.  The team also lost four of their last five meetings, not to mention that they failed to score in three of those games. More so, Paul Pogba will not be playing after his ankle injury. However, Sergio Romero will be replacing goalkeeper David De Gea after his injury, which could work at the team’s advantage.

Liverpool had a great start to the season and have been able to maintain a 100% win record in their eight league matches. They are the only team left with such a record out of the top five European teams. The Reds only lost to Napoli in a Champions League game in their last 10 meetings and has yet to record a draw. To put a cherry on top, the team managed to get over 2.5 goals in three out of five games.

Our Best Pick: Liverpool will be looking to finish what they’ve started. This time around they will be boosted by the return of goalie Alisson Becker.  The team look unstoppable we recommend taking a -2.5 line for the upcoming encounter as we think they could destroy Man Utd with a 0-3 score.

Betting Strategies Worthy to Look at: