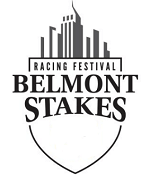 The 2019 Belmont Stakes was the 151st edition of the prestigious event. The race was won by Sir Winston, who was making his first Triple Crown debut and was rode by Rosario. Secretariat, a deceased thoroughbred that won the 1973 Belmont Stakes and also a Triple Crown winner holds the mile and a half stakes record of 2.24, which is also a track and world record on dirt.

In this guide, we discuss everything you need to know about sport betting on the Belmont Stakes. You will find top-rated racebooks to place your Belmont Stakes wagers online, learn about Belmont Stakes entries, find the best odds, lists of contesting horses and previous results.

WHAT YOU WILL FIND IN THIS BELMONT STAKES RACING GUIDE

WHEN IS THE BELMONT STAKES?

The Belmont Stakes takes place five weeks after the Kentucky Derby and three weeks after the Preakness Stakes. This is usually on the first or second Saturday in June at Belmont Park in New York. 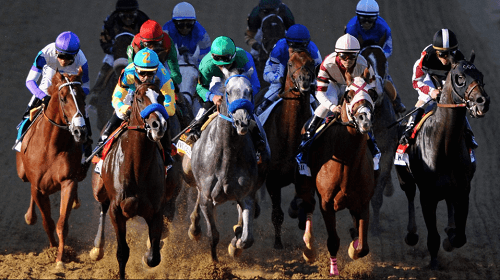 The Belmont Stakes is the most prominent horse racing event at Belmont Park. Usually, the contenders in the event 1 1⁄2-mile race are three-year-old thoroughbreds that won the Preakness and Kentucky Derby. The upper limit is 12 runners, which is quite scarce to have a full field of 12 horses.

More so, the most successful jockey for the race include the likes of Jim McLaughlin who won six times in seven races between 1882 and 1888. Another one is Eddie Arcaro who matched the six wins in 15 years starting in 1941. James G. Rowe Sr, is the Belmont Stakes’ most successful trainer having held eight wins under his profession and two times as a jockey.

Each year, the best Canadian sportsbooks offer odds on the Belmont Stakes. Canadian bettors can bet on a vast selection of markets including the; win, place, show, across the board wagers, and also exactas, quinella, trifecta and superfacta bets. You can learn about each one of them on our comprehensive horse racing guide.

Below are the Belmont Stakes results from the 20th century:

The track allows mostly neat casual attire; suits, dresses, collared shirts. No shots and jeans are allowed in most box areas of the track.