The Detroit Pistons (2-2) will be visiting the Toronto Raptors (3-1) for an Eastern Conference clash at Scotiabank Arena tonight. The Raptors seek to stay perfect at home this season after winning two home meetings. The Raptors also beat Orlando Magic 104-95 on Monday. Star point guard, Kyle Lowry contributed 26 points in the game. While Pascal Siakam added 24 points and Marc Gasol 10 points plus 10 rebounds. With that being said, the Pistons have a chance to battle for a win against a very good team.

This year, Detroit managed to score 110 points a game in total. The team gave up 109.5 points a game on the defensive side, but rebounding has been a problem. Tonight’s game is the first for the two teams this season. Do you think the Pistons have what it takes to beat the Raptors? 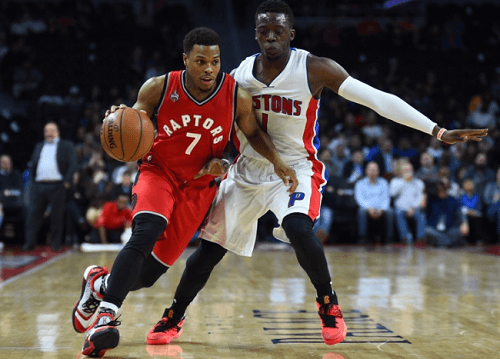 The Raptors currently rank third in the Eastern Conference. The team has only dropped a single game so far this year, going unbeaten in all of their home matchups. They have scored a record 114.7 points per game, while the defence allowed 103.3 points.

Meanwhile, the Pistons come into the matchup after winning 96-94 against the Pacers on Monday, closing out their three-game homestand. That was their very first outright victory in their past six meetings not to mention that it was their third in 23 games since January 2018. Detroit currently ranks seventh in the Eastern Conference. Potential starters for tonight’s game include Tony Snell, Tim Frazier, Markieff Morris, Luke Kennard and Andre Drummond.

Best Pick: The Toronto Raptors have an incredible lineup to crush the Pistons in tonight’s matchup with Lowry, Siakam, Fred VanVleet, Marc Gasol and OG Anunoby. The Pistons, on the other hand, struggled in the last matchup against the Pacers who don’t even have good defence.